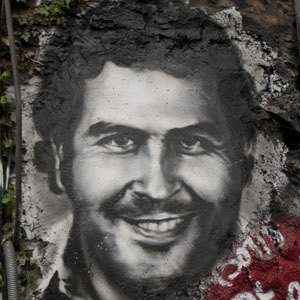 Infamous Colombian drug trafficker who was one of the most powerful criminals of his time.

He began his criminal career by stealing cars.

His drug empire was worth more than $30 billion.

He had two children, Juan Pablo and Manuela, with his wife Maria Victoria Henao.

He ordered the assassination of Colombian politician Luis Carlos Galan.

Pablo Escobar Is A Member Of