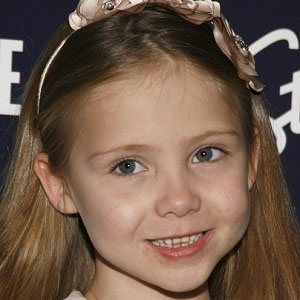 Famous for her portrayal of Frankie in the Ryan Gosling and Michelle Williams feature Blue Valentine, Wladyka also made childhood appearances on Mystery Diagnosis and Saturday Night Live.

Early in her career, she acted in an episode of the popular soap opera One Life to Live.

Her brother, A.J. Wladyka, also pursued a career as a child actor.

She and Mike Vogel were both in the cast of Blue Valentine.

Faith Wladyka Is A Member Of