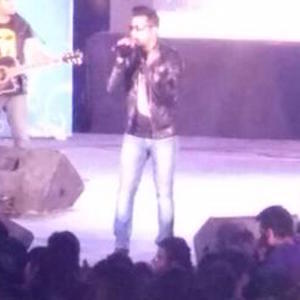 Pakistani pop star who shot to the spotlight after releasing his 2008 single "Rog."

He became obsessed with music at age twelve and learned how to play the guitar and sing.

His hit songs include "Mera Mann Kehne Laga" and "Saajna."

He was born in Karachi and raised in Lahore, Pakistan. He wed actress Sarah Khan in July 2020.

He sang the title track for the 2016 Bollywood movie Junooniyat, which starred Pulkit Samrat.

Falak Shabir Is A Member Of