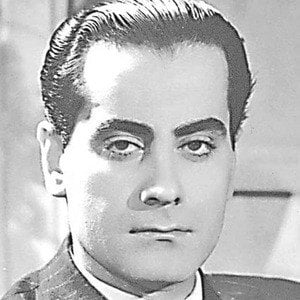 Syrian-Egyptian musician, singer and actor who recorded over five hundred songs during his career.

He studied in a music conservatory as a child and became an apprentice to composer Riyad as-Sunbat.

He appeared in over twenty-five movies in his career, the first of which being Victory of Youth in 1941.

His father was Syrian and his mother was Lebanese.

He was a prominent musician in Egypt before Demis Roussos.

Farid Alatrash Is A Member Of