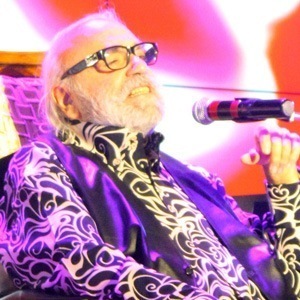 One of Europe's biggest artists in the 1970s, he recorded the hits "Forever and Ever," "My Reasons," and "Lovely Lady of Arcadia."

Influenced by the melange of music in his native Egypt, he studied jazz trumpet and sang in the Greek Byzantine Church of Alexandria and, after a move to Greece, played bass and sang R&B.

Not limiting himself to any country or language, he appeared on U.K. television singing "Happy To Be on an Island in the Sun," in Germany sang "Young Love," and recorded songs in Japanese and Portuguese.

He was born in Alexandria, Egypt of Greek extraction, moving with his family back to Greece after they lost their livelihood during the Suez Crisis.

Mike Leigh used Roussos as the subject of an argument between two characters in his film Abigail's Party.

Demis Roussos Is A Member Of