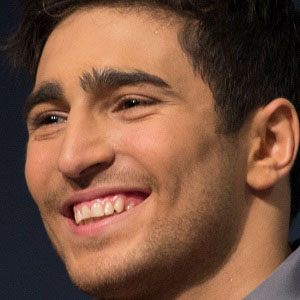 Singer who competed for his native Azerbaijan in the 2013 Eurovision Song Contest. He is particularly known for a single entitled "Hold Me."

During his childhood, he sang in an Azerbaijani vocal group called Bulbul.

He came in second at the Eurovision Song Contest.

His father, Asif Mammadov, had a career as a Judo master; his mother, Maya Mammadova, was a silver medal-winning Olympic gymnast.

He was inspired and influenced by the music of Stevie Wonder.

Farid Mammadov Is A Member Of