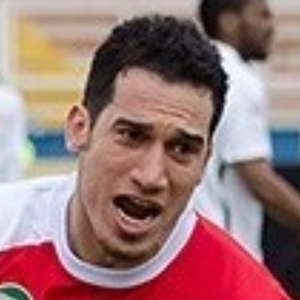 Iranian soccer player who has gained fame playing forward/winger for numerous teams during his career. Since 2016 he has played with Tractor Sazi in the Persian Gulf Pro League.

He first played professionally for Rah Ahan in 2007.

He is a huge fan of fellow pro footballers Cristiano Ronaldo and Zlatan Ibrahimovic.

Farzad Hatami Is A Member Of