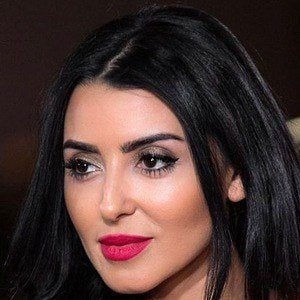 Model and pageant competitor who first rose to fame in 2013 winning the title of Miss Africa. She was subsequently named Miss Arab Beauty 2014.

At sixteen, between her academics, she began modeling in fashion shows and advertising campaigns.

Outside her modeling career, she participated in the second season of the show Mille et une nuits and appeared in the series Soultan Moulay Ismail.

She has one son whom she often posts photos of on Instagram.

Both she and Meryam Errachdy gained fame as Moroccan beauty queens.

Fati Jamali Is A Member Of