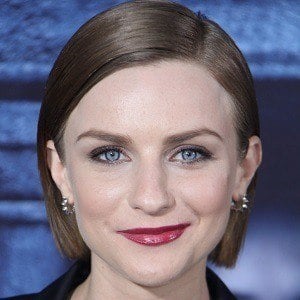 British film and theatre actress best known for her role in the 2013 film The White Queen.

She studied acting at the Bristol Old Vic Theatre School and was the recipient of the 2012 Spotlight Prize for her British theatrical work.

She began production in 2013 on a movie version of the popular British television sitcom, Fresh Meat.

Her family lived in the northeastern English town of Middlesbrough at the time of her birth.

She and British television actress Antonia Thomas both studied at the Bristol Old Vic Theatre School.