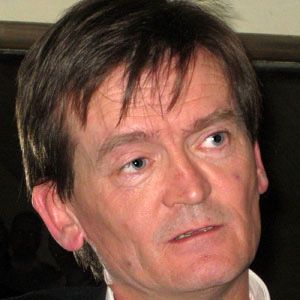 Irish singer most known for his time spent with the pop punk band The Undertones, the group that released the hit "Teenage Kicks."

He co-founded The Undertones in his teen years, and devoted much of his early life to the band to ensure its success.

He received the Bottle Award in 2006 at the International Live Music Conference.

He grew up with six siblings and married a woman named Elizabeth.

He and politician Michael Higgins are both of Irish descent.

Feargal Sharkey Is A Member Of