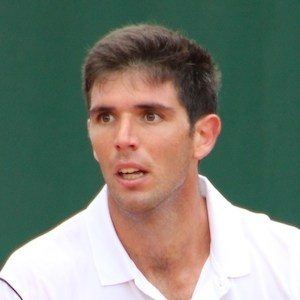 Argentine professional tennis player who is best known for his performances in the US open, Wimbledon, and the French open.

With a passion for the sport at a young age, he turned professional in 2007. In 2013 he appeared in his first ATP Final. Since then, he has continued to compete professionally and internationally.

He was born and raised in Azul, Argentina.

He has performed and competed against a variety of professional tennis athletes in his career including matches against Tommy Robredo, Dmitry Tursunov, Fernando Verdasco, and Roger Federer.

Federico Delbonis Is A Member Of