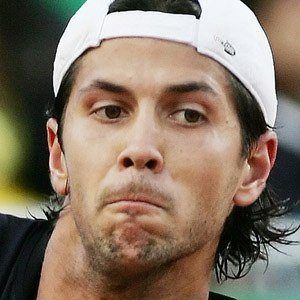 Tennis player who is famous for making it to the World number seven in 2009.

He started playing tennis when he was four years old.

He has an endorsement deal with Adidas.

He has two sisters named Sara and Ana. He married Ana Boyer Preysler in 2017.

Fernando Verdasco Is A Member Of