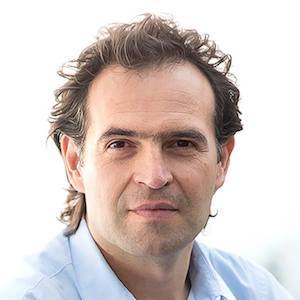 Colombian politician who is famous for his time serving as the mayor of Medellin. His term began in January 2016, which he has served on behalf of his party Movimiento Creemos, after having spent time on the Medellin municipal council.

He studied civil engineering at the University of Medellin. He would later go on to study political science at Pontifical Bolivarian University.

He worked as an urban security consultant for the city of Buenos Aires, Argentina between 2011-2015. He first ran for mayor of Medellin in 2011 before losing.

He married his wife Margarita in 2006. He shares two children named Emilio and Pedro with her.

He was supported by Alvaro Uribe during his bid for Medellin's mayor in 2015.

Federico Gutierrez Is A Member Of