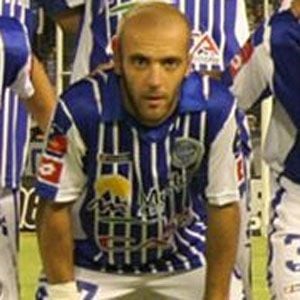 Argentine forward who was named MLS Newcomer of the Year in 2012 while playing for the Columbus Crew.

He began his professional career with Argentina's Club Atlético River Plate in 2003.

He and Aaron Schoenfeld both joined the Columbus Crew in 2012.

Federico Higuaín Is A Member Of