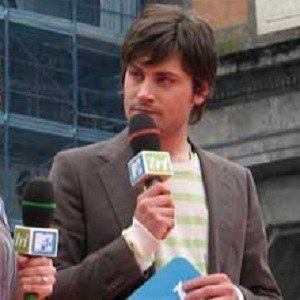 Italian radio and television personality known for his work with Radio Deejay and Deejay TV. He has served as the host of The Voice of Italy, Total Request Live, the Eurovision Song Contest and more.

He made his radio debut for Radio Sieve in September 2001. In 2003 he worked with the stage musical Tour of the Pirates.

He appeared an an episode of the MTV Italy sketch show I Soliti Idioti in 2012.

He was born in Firenze, Italy. He began a relationship with actress Chiara Primavesi.

He and Victoria Cabello are both known for having hosted multiple shows on MTV Italy.

Federico Russo Is A Member Of