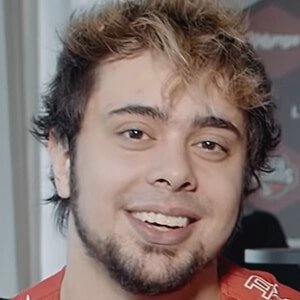 Professional League of Legends gamer who is widely known by his YoDa gamertag. He has garnered widespread popularity for his play as Team RED Canids as a jungler. He is known for his Twitch live streams, earning over 2.2 million followers on his YoDa account.

He began his professional League of Legends gaming career in June 2014. He first joined Team LegendsBR.

He finished as a semi-finalist at the 2015 CBLOL All-Star tournament. He played there as a member of Team Loop.

He is originally from a military family in Brazil, with both his mother and father serving in the armed services.

He and Matheus Lima are both known for their prolific League of Legends playing careers in Brazil.

Felipe Noronha Is A Member Of