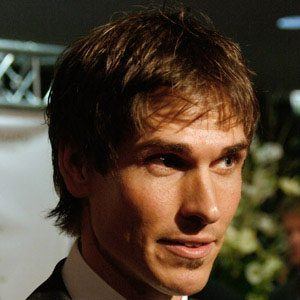 Austrian Nordic athlete whose career spanned from 1994 to 2007. He won three Olympic gold medals, one in the 7.5 km sprint and two in the 4 x 5 km team event.

He won his first gold medal at the 2003 World Championships in Val di Fiemme.

He won a total of 18 medals in International competition.

His only sibling is his older sister Eva.

He medaled in the 2006 Olympics where speed skater Apollo Anton Ohno also took home the gold.

Felix Gottwald Is A Member Of