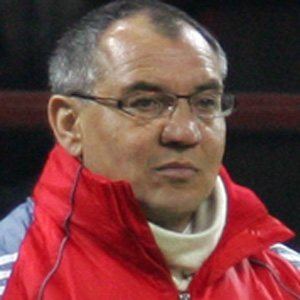 Soccer manager who Bundesliga titles with Bayern Munich and Wolfsburg and won the 2002 UEFA Intertoto Cup with Stuttgart.

He played youth soccer for VfR Nilkheim in the 1960s.

He was born in Aschaffenburg, Germany.

His players nicknamed him "Saddam" after dictator Saddam Hussein for his harsh training methods.

Felix Magath Is A Member Of