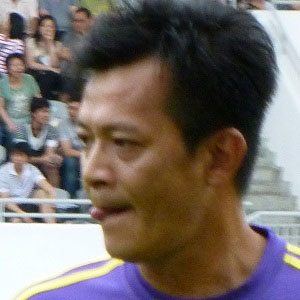 Hong Kong actor who became one of the most well-known teen idols of the 80's with roles like Kwok Ching on the TVB series The Legend of the Condor Heroes. Though known primarily for his television work, he has appeared in a number of successful films, including 1984's New Tales of the Flying Fox and 2009's Turning Point.

He began training at TVB's Artist Training Academy as a teenager in September 1979.

He was nominated for TVB Anniversary Awards for Best Actor for his roles on the series Demi-Gods and Semi-Devils and Gun Metal Grey.

He married Leung Kit-wah in 1988 and has a daughter named Adrian Wong Tsz-ching.

He starred on The Legend of the Condor Heroes, which was directed by Johnnie To.

Felix Wong Is A Member Of