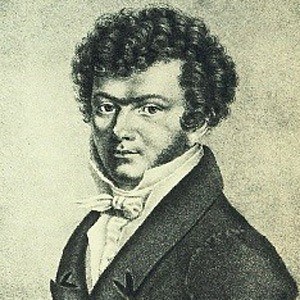 Famed musician whose "romantic wildness" gained him much notoriety. He wrote two oratorios for the city of Aachen where he led the city orchestra: "Der Sieg des Glaubens" from 1829 and "Die Könige in Israel" from 1837.

His public debut in July 1804 was met with great acclaim.

He composed eight symphonies, eight piano concertos, 26 string quartets, and a multitude of other pieces.

His family lived in Bonn and was musical. He married Harriet Mangeon, an English lady.

He was one of Ludwig van Beethoven's students and co-wrote a memoir about the influential composer.

Ferdinand Ries Is A Member Of