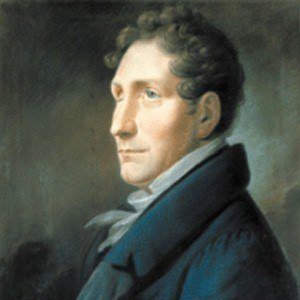 Influential figure from the Danish Golden Age whose music for Elves' Hill ensured that he would be remembered for generations to come. He introduced Beethoven to the Copenhagen public.

He was left without a right eye after a horrific fall on ice when he was seven. He debuted as a pianist in Hamburg in 1804.

He lost many manuscripts when his house was consumed by fire. He still left behind over 200 compositions.

His family was impoverished, yet they scrounged up money for piano lessons once they recognized his musical talent. His father, grandfather, and uncle all had served as military oboists.

He composed original music for performances of William Shakespeare's plays.

Friedrich Kuhlau Is A Member Of