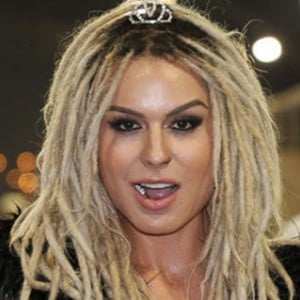 Brazilian television personality and social media star who is best recognized for sharing her modeling shots in swimwear and streetwear fashion through Instagram for her over 2.8 million followers. She is also known for having participated in several programs including Panic in the Band in 2003 and the Porchat Program in 2016.

She started her career in television in 2003 when she made her debut on Panic in the Band. She then started working as a model in 2014 before launching her own brand of cosmetics and deodorant in 2015.

She is also known for having been featured on the cover of Playboy Magazine twice in 2014.

She shared a photo with fellow television star and personality Xuxa to her Instagram in March of 2019.

Fernanda Lacerda Is A Member Of