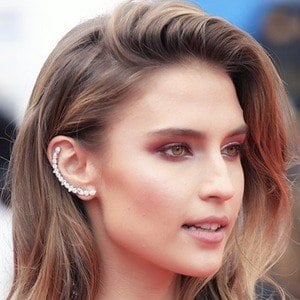 Model who was on the spring cover of Vogue Brazil in 2014. She also walked the fall show for Givenchy that same year. She has over 460,000 followers on her fernandaliz Instagram account.

She appeared in an editorial for the April issue of Vogue Brazil that was called Classe 2014.

She walked the October Alexander Wang x H&M Show in 2014.

She got engaged to Flavio Sarahyba in February 2017.

Fernanda Liz Is A Member Of