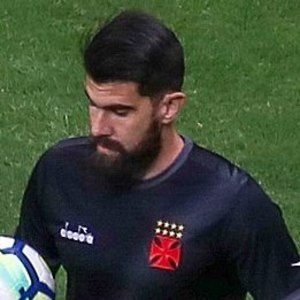 Brazilian professional football player who is best recognized for his work as a goalkeeper for the Vasco da Gama club. He is also known for having played as a keeper on the Vitoria club as well as the Esportivo and Lajeadense clubs.

He started his youth career playing within the Caxias academy in 2003. He quickly moved up and played for the Guarani club in 2004 and later the Gremio club in 2005. He started his senior career in 2006 when he debuted with the Porto Alegre club.

He is known for having won the Copa Guanabara in 2019 as part of the Vasco da Gama club.

He was born and raised in Venancio Aires, Brazil.

He is known for having replaced Martin Silva as the keeper of the Vasco da Gama football club.

Fernando Kaufmann Is A Member Of