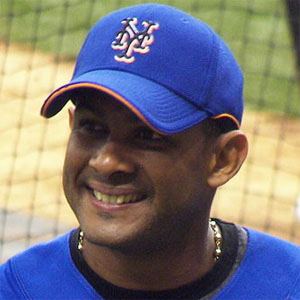 Third baseman who played 11 years years in the big leagues and hit two grand slams in the same inning of a 1999 game, setting a single-game RBI record with eight.

The Texas Rangers signed him when he was 17 years old.

He hit a career-high 34 home runs in 1999 playing for the St. Louis Cardinals.

He has sons named Joshua and Fernando Jr.

Free-swinging power-hitting right fielder Vladimir Guerrero was his teammate on the Montreal Expos.

Fernando Tatís Is A Member Of