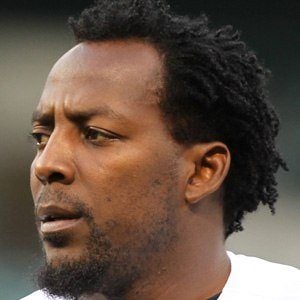 9-time MLB All-Star who hit 449 home runs throughout his career, mostly for the Montreal Expos and Los Angeles Angels. He was named 2004 American League MVP while leading the Angels to an AL West Championship.

Growing up, he developed strong hands after bringing in uncooperative bulls at the end of the day on his father's farm.

He made his way into the Montreal Expos organization by claiming he was a year older than he actually was.

Along with Rod Carew, he became a member of the MLB's Hispanic Legends team.

Vladimir Guerrero Is A Member Of