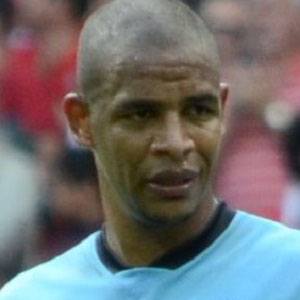 Brazilian soccer player known as a midfielder for teams like Porto, where he played from 2007 to 2014. He won the Primeira Liga title with the team four out of five season from 2009 to 2013.

He was born in Alto Paraiso, Brazil and began playing youth soccer for Vila Nova in 2003.

He won the South American Youth Championship title with the Brazilian national team in 2007.

His full name is Fernando Francisco Reges. His brother, Joao, is also a socccer player.

He has been teammates with team captain Vincent Kompany at Manchester City.

Fernando Is A Member Of