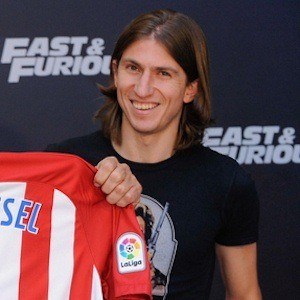 Brazilian soccer player best known for his days with teams like the La Liga club Atletico Madrid. He helped Brazil win the FIFA Confederations Cup in 2013.

After playing with Figueirense Futebol Clube, he made his European debut in 2004 with AFC Ajax.

He was also eligible to play for the Polish national team through his father, Moises Kasmirski.

He won the 2013 FIFA Confederations Cup alongside Brazilian teammate Neymar.

Filipe Luís Is A Member Of