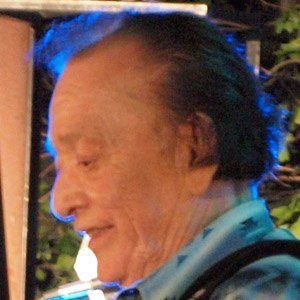 He started performing at age seven and began his recording career in his mid-teens with the musical group Los Caporales.

He had a cameo role in the film Picking Up the Pieces, which starred Woody Allen and Sharon Stone. His music was also featured on the film's soundtrack.

His brother, Santiago, also had a career as an accordionist.

His music was included on the soundtrack of the popular film Y Tu Mama Tambien, which starred Diego Luna.

Flaco Jimenez Is A Member Of