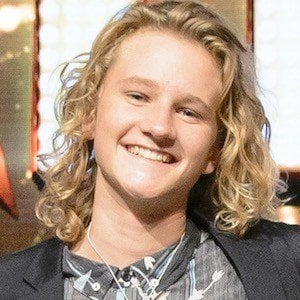 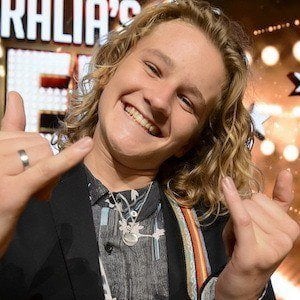 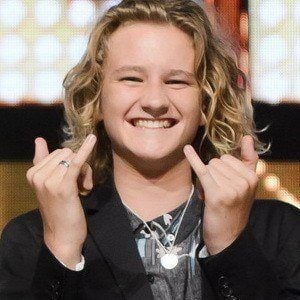 Singer-songwriter who won Australia's Got Talent in 2016 and appeared on The Voice Kids as a member of The Madden Brothers in 2014. He also performed at Nickelodeon Slimefest in 2014.

In 2013, he was invited by SuperStarMe to do a promo for them. One of his first original songs was titled "Invisible Barrier."

He is often known as "Fletch." He has released original songs titled "Peace," "Be My," and "Don't Listen" on YouTube.

He is from the Central Coast of Australia. He tragically lost his younger brother Banj Pilon after a skating accident in 2015. He then dedicated his debut EP to his brother, naming it Banjo.

For his YouTube channel, he has posted covers of songs by Bob Dylan, Ed Sheeran, and more.

Fletcher Pilon Is A Member Of