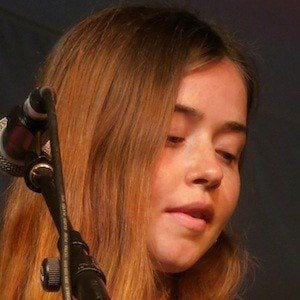 British folk and pop singer known for her album Tomorrow Will Be Beautiful, which includes the songs "Show Me" and "If You Can't Love This All Goes Away."

She started writing music when she was 14 and attended the BRIT School for Performing Arts and Technology. She released her first single, "Pages of Gold," in 2014.

She grew up in London, England with her eight siblings.

Her debut album, Tomorrow Will Be Beautiful, was produced by Philippe Zdar and Noah Georgeson.

Flo Morrissey Is A Member Of