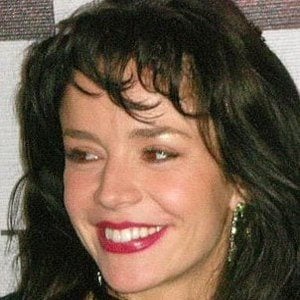 Canadian-Colombian actress who played a main role in the film Rosario Tijeras and was nominated for a 2005 Goya Award.

She started acting in telenovelas, including Mambo in 1994 and Maria Bonita in 1995.

She won a Best Actress Award at the Biarritz Film Festival in France for her role in the film Soplo de Vida.

She was born to a Canadian mother and Colombian father in Montreal and was raised in North Vancouver. She welcomed a daughter, Sofía, in 2010 with her husband José Reinoso, whom she married in 2008.

Flora Martinez Is A Member Of