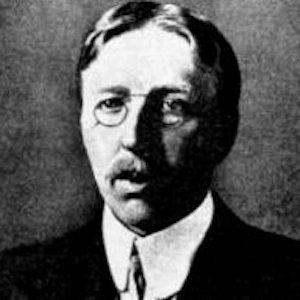 A British author, poet, editor, and literary critic, he is most remembered for his 1915 novel, The Good Soldier. His other works include The Fifth Queen trilogy and the Parade's End series.

He published his first literary work, The Shifting of the Fire, in 1892.

He wrote British propaganda materials during World War I and allegedly changed his surname to Ford because Hueffer had German associations.

He was born Ford Hermann Hueffer; he and his two siblings were the children of Oliver and Frances Hueffer. Ford had a domestic partnership with Stella Brown that lasted nine years and resulted in the birth of a daughter, Christine, in 1920.

He founded the prominent literary publication, The English Review, in 1908. The journal published the work of H.G. Wells and other major authors.

Ford Madox Ford Is A Member Of