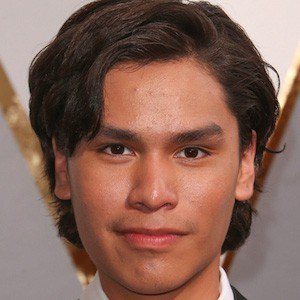 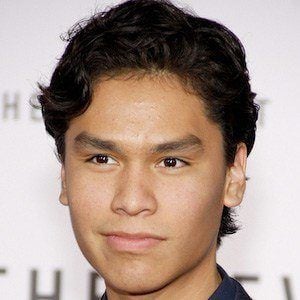 Made his silver screen debut in 2015 portraying Hawk, the son of Leonardo DiCaprio's character Hugh Glass, in the Academy Award-winning historical drama The Revenant.

Though he didn't make his screen debut until 2016, he began acting in theatre and short films at the age of ten.

A filmmaker as well as an actor, his work has been exhibited at the Seattle International Film Festival, the Taos Shortz Film Festival, and the LA Skins Festival amongst others.

He grew up in Albuquerque, New Mexico with his parents, Laurie and Kevin. His father is Navajo and his mother is of Hidatsa, Mandan, Navajo, and Tsimshian descent.

He starred opposite Leonardo DiCaprio, Tom Hardy, and Domhnall Gleeson in The Revenant.

Forrest Goodluck Is A Member Of

Cherry
The Revenant
Indian Horse
The Republic of Sarah