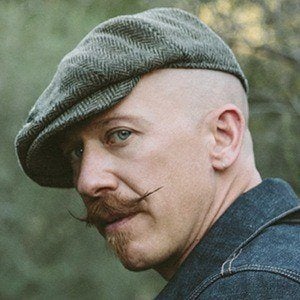 Singer and songwriter who gained rapid fame as a supporting act for English superstar Ed Sheeran. He has also toured with acts like Snow Patrol and Bonnie Raitt. He is notable for the release of his first full album, Hope, in 2007 and his second, Joy of Nothing, in 2013.

He gained his love for music listening to the songs of the American South when he lived there with his father as a child.

He has made a number of television appearances, including a documentary about him created by the UK's Channel 4.

He was born in Bangor, Ireland, but later moved to the American midwest with his father, settling for some time in Oklahoma. His daughter Ella was featured on his album Hope.

He worked with DJ David Holmes on the Oscar-winning short film The Shore and on his EP Melrose in 2012.

Foy Vance Is A Member Of