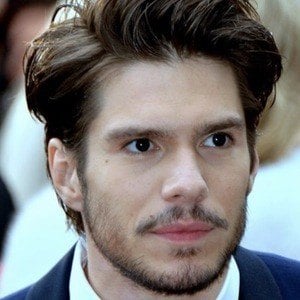 French actor who rose to prominence with the roles of Papillon in As Above, So Below, Baraque in Frank, and Christophe in Made in France. He also has many television credits, including Call My Agent! and Tiger Lily, Quatre Femmes Dans la Vie.

He got his start studying theatre at the Le Magasin art center in Grenoble, France.

He co-starred with Ben Feldman in the 2014 horror film As Above, So Below.

François Civil Is A Member Of