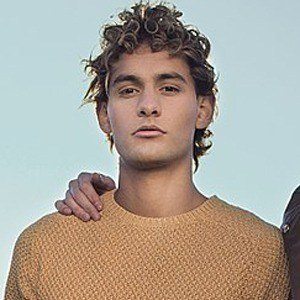 Versatile singer, dancer, and actor who is one of five members of the urban dance pop group Urband 5. They released a first album called BPSU in 2016 under Warner Music Mexico.

He and the rest of Urband 5 got together in July of 2014 and released a debut single called "The One" in October.

He and Urband 5 have been a part of events such as Kids Choice Awards, Telehit Awards and the MTV Millennial Awards.

His full name is Francisco Solano Cuenya Mendoza. He is the only Argentine member of the band. He often posts pictures with his mom on his Instagram feed.

He is joined by Xtiian Zech, Carlos Bolio and 2 others in Urband 5.

Fran Cuenya Is A Member Of