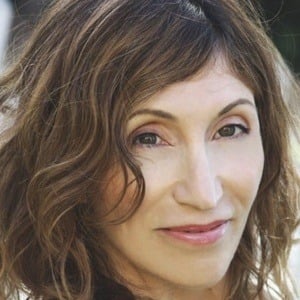 Margaret A. Edwards Award-winning author of such titles as Weetzie Bat (2009), Baby Be-Bop (1996), and Am I Blue?: Coming Out From the Silence (1995). Her works tackle topics such as homosexuality, AIDS, and mixed-race families.

She was still a student at the University of California- Berkeley when she wrote Weetzie Bat, inaugurating the series that came to be known as Dangerous Angels.

She has described her works as fairy tales that use love and human creativity, rather than magic, to solve the problems of evil and suffering.

She was born in Los Angeles, California, and she raised her two children, Jasmine Angelina and Samuel Alexander, in her home city.

A lifelong resident of Los Angeles, she often incorporates depictions of city life into her works, drawing comparisons to Raymond Chandler.

Francesca Lia Block Is A Member Of