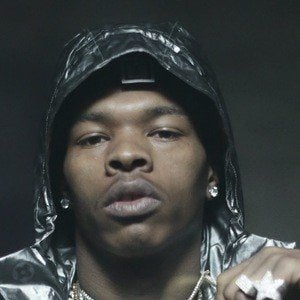 Rapper who found acclaim when he released his mixtape Perfect Timing in April 2017. The mixtape features the likes of Young Thug, Lil Yachty, and Young Scooter.

He named his mixtape Perfect Timing in honor of the fortune he was finding in his career after being released from prison in early 2017.

He is managed by Quality Control's Kevin "Coach K" Lee and Pierre "Pee" Thomas. He was nominated for two Grammy Awards in 2021.

He is from Atlanta, Georgia and his real name is Dominique Jones. He was in a relationship with Jayda Cheaves. In February 2019 they welcomed a son together named Loyal Armani. He also has a son named Jason Armani from a previous relationship with Ayesha Howard.

Lil Baby Is A Member Of