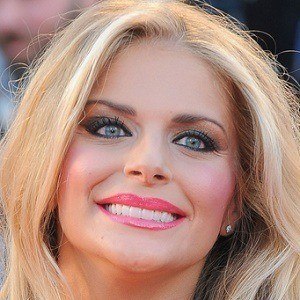 Model who rose to fame as a contestant on the reality shows Big Brother and Beauty and the Geek. She is very popular on social media, attracting more than 1 million followers to her Instagram account.

She learned to speak English in secondary school and got her start in the entertainment business with Onda TV.

She made her film acting debut in the 2010 comedy Un Neomelodico Presidente.

She was born in Pescara, Italy.

She and Hollie Winnard have both starred on Beauty and the Geek.

Francesca Cipriani D'Altorio Is A Member Of