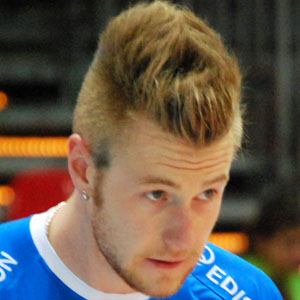 He was born in Spoleto, Italy and made his debut with RPA-LuigiBacchi.it Perugia in 2004.

In 2013, he won the FIVB World League award for Best Outside Spiker and the CEV European Championship for Best Server.

His father is former Olympic volleyball player Vyacheslav Zaytsev. He married Ashling Sirocchi in May 2013. They have children named Alexander and Sienna.

He and American Taylor Sander have both won the FIVB World League award for Best Outside Spiker.

Ivan Zaytsev Is A Member Of