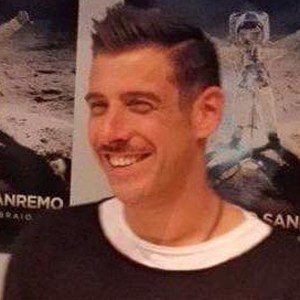 Singer known for his 2015 breakout single "Amen," he later released the #1 single "Occidentali's Karma" and was selected to represent Italy in the 2017 Eurovision Song Contest.

He composed the soundtrack for the 2016 comedy film Poveri ma ricchi.

His father's name is Sergio Gabbani.

Both he and Brendan Murray were selected as representatives in the 2017 Eurovision Song Contest.

Francesco Gabbani Is A Member Of