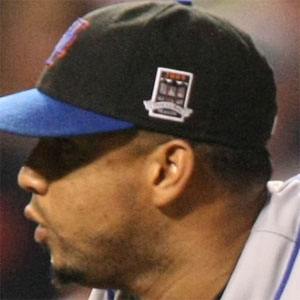 Four-time MLB All-Star known as K-Rod who won five games in the 2002 postseason to help the Anaheim Angels win the World Series. He spent his first seven MLB seasons with the Angels, then went on to pitch for the New York Mets, Milwaukee Brewers, Baltimore Orioles, and Detroit Tigers.

He began his career as a starter in the minor leagues before being converted to the bullpen as a reliever.

He set the single season record for saves with 62 as a member of the Angels in 2008.

He helped manager Mike Scioscia win the World Series with the Anaheim Angels in 2002.

Francisco Rodríguez Is A Member Of