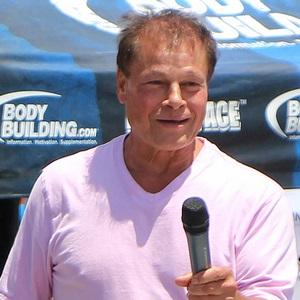 Five-foot-five bodybuilder who was a two-time Mr. Olympia, competed in the World's Strongest Man, and appeared in "The Terminator" as the future terminator.

He was an amateur boxer growing up before getting into bodybuilding.

He was told he would never walk again after a brutal leg injury in the 1977 World's Strongest Man refrigerator race, but he came back and won Mr. Olympia in 1981.

He was born in Ollolai, Sardinia, Italy.

Arnold Schwarzenegger won Mr. Olympia the year before both of Columbu's victories. He also acted alongside Schwarzenegger in "Conan the Barbarian" and "The Terminator."

Franco Columbu Is A Member Of