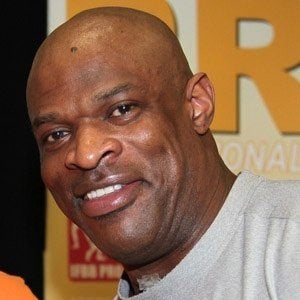 Regarded as one of the greatest bodybuilders of all time, he is the winner of eight consecutive Mr. Olympia bodybuilding titles. During his career, he broke the record for the most IFBB wins.

He played as a middle linebacker at Grambling State University.

He has released several bodybuilding training videos including The Unbelievable, The Cost of Redemption, and On the Road.

He married Christine Achkar Coleman in 2007, but divorced shortly after. He later would marry personal trainer Susan Williamson in 2016. He has two daughters, Valencia and Jamilleah.

He supports the Inner City Games foundation, founded by Arnold Schwarzenegger in 1991.

Ronnie Coleman Is A Member Of