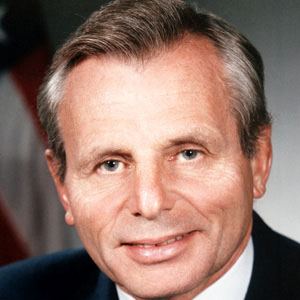 Former US Secretary of Defense, a position he served from 1987 to 1989 under President Ronald Reagan. He had previously served in the Ford administration as the United States Ambassador to Portugal from 1974 to 1978.

He graduated from Princeton in 1952 before becoming a Naval Officer and joining the Foreign Service.

He is of Italian and Swiss descent and was born to Roxanne and Frank Charles Jr.

Dick Cheney succeeded him as Secretary of Defense.

Frank Carlucci Is A Member Of