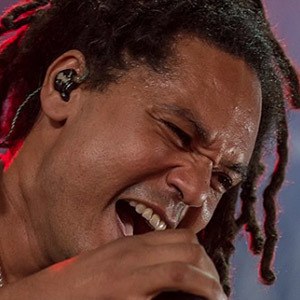 German singer who is best known as a member of the band Seeed. His group has released albums such as Music Monks and Next!

One of his group's earliest releases was the 2001 album New Dubby Conquerors.

He took a holiday to Sainte-Maxime in France in August 2018. He also went to Austria on a trip in February 2018.

Both he and Till Lindemann are popular singers who come from the nation of Germany.

Frank Dellé Is A Member Of