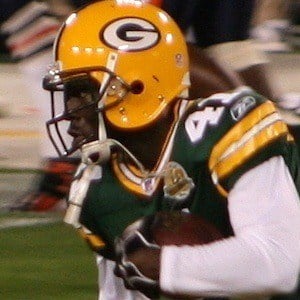 Former professional cornerback known for playing with a number of NFL teams including the New York Giants, the Baltimore Ravens, and the Dallas Cowboys.

Prior to being selected for the NFL Draft in 2003, he played his college career at Tuskegee University.

Throughout his career, he has played with the Green Bay Packers, Minnesota Vikings, and Tennessee Titans.

Born in Tuskegee, Alabama, he was named after his father, Frank B. Walker I.

During two of his three years with the New York Giants, he was coached by Tom Coughlin.

Frank Walker Is A Member Of