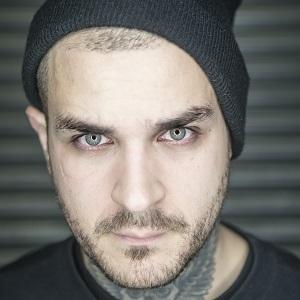 Lead vocalist of the metalcore band Emmure who has performed on each of the band's 6 LPs they released between 2007 and 2014.

He met Emmure original members Joe and Ben Lionetti through an internet message board and traveled to Connecticut to rehearse with them.

He is a fan of Street Fighter and Marvel Comics which is shown in several of the band's song lyrics.

He is from Queens, New York.

He was featured on the Riff Raff remix of his song "2 Girls 1 Pipe."

Frankie Palmeri Is A Member Of