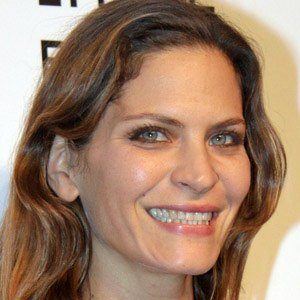 'It' girl who was once named the 'Sexiest Woman in the World' by the New York Times and GQ Magazine. She has appeared on the Sports Illustrated cover twice.

She was first spotted by a modeling scout in Minneapolis.

She used to command up to $25,000 per show during the height of her career.

Her younger sister Missy Rayder also worked as a model for several years.

She was engaged to Red Hot Chili Peppers bassist Flea and the couple had a daughter named Sunny Bebop Balzary together.

Frankie Rayder Is A Member Of